Let me add a disclaimer by saying that I'm not trying to slag the authors of these themes in any way (the one I wrote doesn't work either), But I thought everyone might want to know about this in case they were expecting compatibility with older broswers.

These tests are unconfirmed so if someone else would like to double check me on another browser version or platform, I would appreciate it

Most of these themes look just fine in Opera 7.23 Linux/IE 6 Win Most all problems are exclusive to NN4.


tikiwiki.org does not escape from the problems either. See the attached screenshot.

Note that the images are from resolution 800x600 for sake of size, but the same formatting bugs (in particular the overlapping text) show up at 1600x1200, 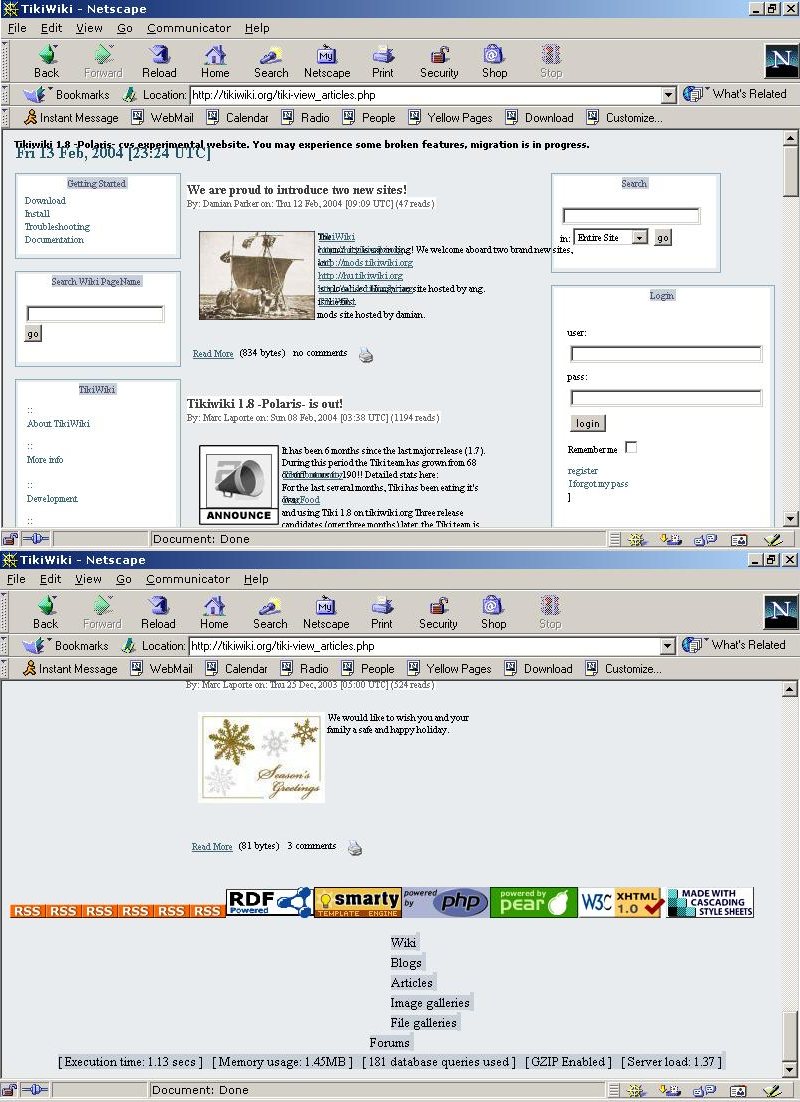